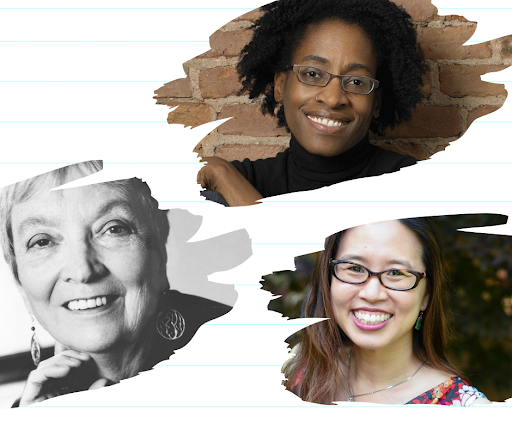 March is Women’s History Month, and what better way to celebrate than by reading the works of trailblazing female authors. Female children’s authors carved unique paths to publishing their books in male-dominated fields. Here are a few of our favorites:

When she published A Wrinkle in Time, Madeleine L’Engle carved out a space for women in science fiction. Leading character Meg Murray is largely recognized as the first female lead in any science fiction novel, made even more impactful by Meg’s young age. L’Engle’s books continue to help women of all ages see themselves as scientists and heroes.

Jacqueline Woodson is one of America’s most successful female black authors. She’s best known for Miracle’s Boys, Brown Girl Dreaming, and Show Way. Woodson’s works have garnered international acclaim, including the Hans Christian Andersen Award. In addition to her books, Woodson is an outspoken supporter of diversity in children’s literature. She served as the Young People’s Poet Laureate from 2015 to 2017 before being named the National Ambassador for Young People’s Literature by the Library of Congress in 2018 to 2019. She was also a MacArthur Fellow in 2020.

Known for her honest depictions of school relationships, Judy Blume wrote some of children’s literature’s most memorable characters. Her characters from works like Tales of a Fourth Grade Nothing and Blubber appeal to both young girls and boys. However, she became a rockstar author for tween and teen girls with books like Are You There God? It’s Me, Margaret and Just as Long as We’re Together.

Prolific author Noel Streatfield wrote compelling and beloved children’s books. She’s best known for her Shoes books, several of which have been adapted to film or tv shows. Her first book, Ballet Shoes, garnered critical acclaim in the UK where she became runner-up for the inaugural Carnegie Medal. That book kickstarted a storied career. She was even appointed an Officer of the Order of the British Empire in 1983.

Award-winner Beverly Cleary wrote some of fiction’s most engaging children. From sassy Ramona Quimby to adventurous Ralph S. Mouse, Cleary’s characters seemed to leap off the pages and find a space in the hearts of her readers. Cleary grew up in a town so small it had no library; her mother arranged with the state of Oregon to have books sent to the community. She struggled with reading, and, because of that, she created characters that would engage with kids of all backgrounds.

Known for writing one of America’s most popular book series, Laura Ingles Wilder grew up during a transformative time in American history. She used Western exploration and strong family ties to create Little House on the Prarie and its sequels. Girls and boys alike fell in love with the Ingles family, and generations of kids found adventure in her autobiographical fiction.

Taiwanese-American writer and illustrator Grace Lin uses her heritage to create accessible children’s books that reflect her upbringing. She started writing in 1999 after being laid off, and since then has published and illustrated 25 books. In 2022, she won the Children’s Literature Legacy Award, a prestigious prize awarded by the Association for Library Service to Chidlren.

At Lake Forrest Prep, we love supporting and encouraging young minds by exposing them to a diverse group of writers, thinkers, and educators. As a leading Orlando private school, we want to encourage everyone to use literature as a way to learn new things. To learn more about what sets us apart from other area schools, schedule a tour online or give us a call at 407-331-5144.