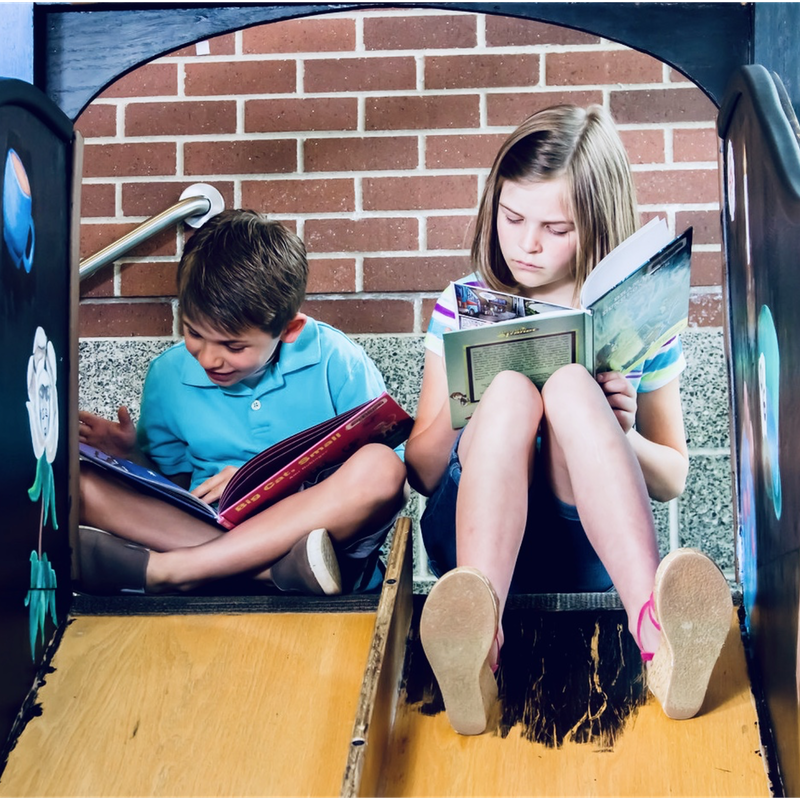 When you think of children’s books, it’s easy to think of Where the Wild Things Are or the Captain Underpants saga. But for some young readers, fact can be just as fascinating as fiction. Plus, if you have a child struggling in school, nonfiction books can help them understand difficult concepts outside of the classroom. Here are some engaging nonfiction reads for your child to try:

If you have an aspiring zoologist, Jerry Pallotta’s Who Would Win series is perfect for them. Each book pits who iconic animals against each other in a hypothetical bout to see who comes out on top. Lions take on tigers, hyenas face off against gorillas, and pythons try to outwit giant lizards. It’s a fun way for your animal lovers to get to know the differences that make their favorite animals so unique.

Finding Winnie: The True Story of the World’s Most Famous Bear

Speaking of famous animals, there might not be a more famous bear than Winnie the Pooh. Finding Winnie by Sophie Blackall unpacks the true story of Harry Colebourne, a WWI fighter who discovered a bear cub. To protect Winnie from the impending war, Colebourne finds a home for her at the London Zoo. There, the bear becomes a favorite to a boy named Christopher Robin, and the rest is history.

Hidden Figures: The True Story of Four Black Women and the Space Race

If your child has their head in the clouds, Hidden Figures might be the book for them. Based on the New York Times bestselling novel of the same name, Hidden Figures explores the inspiring and true story of four elite NASA mathematicians who helped launch the first men into space. It’s perfect for young boys and girls alike, and it’s a great reminder that anyone — no matter their background — can accomplish anything.

With over 203 books published to date, this is one of the most dynamic and diverse nonfiction book series ever created. The Who Was? books unpack famous figures — both living and deceased — in ways that make them more accessible to children. Children can learn about everyone from David Bowie to Lief Erikson. They also have quiz books for an extra challenge.

The Diary of a Young Girl

Anne Frank’s nonfiction diary is an essential nonfiction read for older children. Anne’s diary is both a harrowing account of a family trying to escape the cruelty of Nazi Germany and an intimate look inside the mind of a compassionate, hopeful young woman. Parents should know that this book is not an easy one for older children, but it’s consistently listed as one of the most important books ever published.

Nonfiction books prove that real events can be just as exciting as a fantasy novel, but at Lake Forrest Prep, we encourage students to discover a love of reading in whichever genre they prefer. If you’re looking for a place where your young reader can be challenged, come visit our campus. Call 407-331-5144 to schedule your tour or fill out our inquiry form.